"If only we were fighting something we understood. Something tangible, something in three dimensions."
— Captain Brown voicing his concern to Captain Scarlet about how unpredictable the Mysterons may be in their fight.

Captain Brown (real name Alan Stephens) was a senior Spectrum agent, and appeared in the Captain Scarlet and the Mysterons episode The Mysterons. He was killed, along with Captain Scarlet, when the Mysterons crashed the car he was in and used their powers of retro-metabolism to create exact duplicates of them in their attempt to assassinate the World President.

Captain Brown was one of Colonel White's best men and one of the first of the chosen agents. His first big assignment was to organise the security arrangements of the World President's transportation to New York's Maximum Security Building, and to be his personal body guard.

However, on the way to New York, the Mysterons interfered with the car he was in, killing him and his field partner Captain Scarlet instantly.

One of Brown's last moments before he died

The two descended 18 stories down to the Maximum Security Suite. The President took his place behind the desk, but found that Captain Brown had become unresponsive and smoke was pouring from his tunic. Moments later Captain Brown exploded, completely destroying the Maximum Security Building. However the President escaped unhurt when he hit the emergency button on his chair which sent him in a sealed underground tunnel leading him to safety.

Spectrum later found out that the real Captain Brown had been killed and replaced with a Mysteron likeness.

The guards stationed on top of the nearby rooftops

The duo present themselves for a security check

The President is cleared

The alarm starts to ring

Descending to the Maximum Security Suite

Captain Brown moments before the explosion 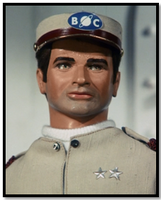 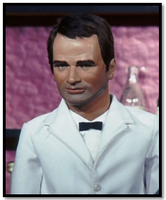 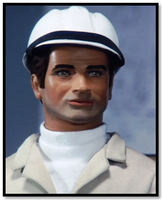 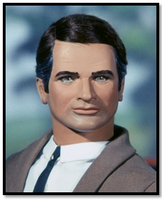 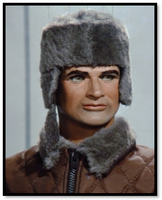 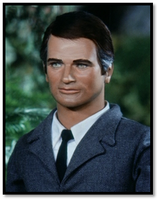 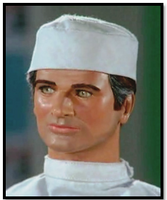 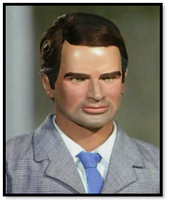 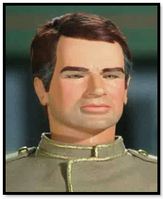 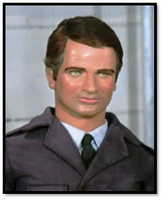 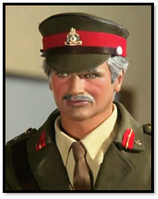 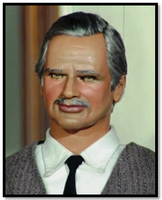