Captain Indigo (Real name Andrew Laurence) was a character from the Captain Scarlet and the Mysterons episode Spectrum Strikes Back.

He was a Spectrum agent who disguised as a waiter during at the first Spectrum Intelligence conference. Hoping to infiltrate the conference, the Mysterons used Captain Black to assassinate him. Indigo was then reconstructed into a Mysteron Agent .

Indigo's cover was blown by General Peterson using the C38 Detector. Indigo set the master controls of the hunting lodge down, crushing the underground conference room. Captain Scarlet and the 2nd Warden gave chase, not only saving the delegates but providing a practical use of the Mysteron Gun. 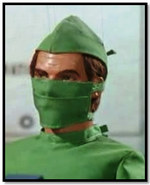 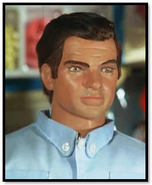 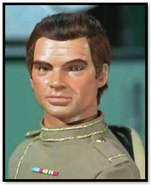 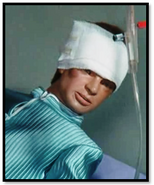