Captain Magenta (real name Patrick Donaghue) is a character from the British television series Captain Scarlet and the Mysterons.

Magenta was born in Dublin, in 2034, but grew up in New York. Despite earning a scholarship to Yale University and starting a career as a computer programmer, he slipped into a life of crime. While leading a small, but highly successful, cyber-crime syndicate in New York, he was contacted by Spectrum and offered a free pardon to add unorthodox talents to the team.

His past life as a cybercriminal gave him technical knowledge -- as a result, he usually took over Lieutenant Green's post on Cloudbase's computer when Green was out in the field. Magenta was frequently paired up with Captain Ochre on missions, their old rivalry from Ochre's detective days apparently long gone.

Magenta was often very eager and enthusiastic, making him a source of comic relief. 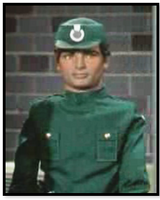 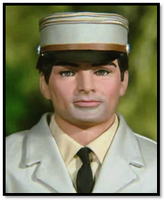 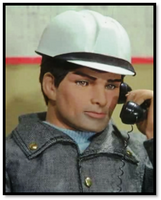 Member Of The Congregation (1) 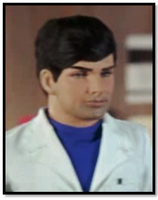 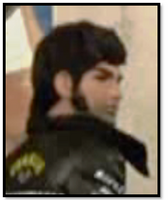