Captain Scarlet and the Mysterons

"Captain Scarlet is indestructible - you are not. Remember this. Do not try to imitate him" - Colonel White

Captain Scarlet and the Mysterons was a British science-fiction television series, comprising 32 episodes (one series/season), originally broadcast on ITV during 1967–1968. It was the fifth Gerry Anderson show to be filmed in Supermarionation.

In the year 2068 A.D., a Zero-X mission has successfully reached and landed on Mars; its mission: to discover the source of strange signals that had been monitored on Earth. An MEV (Martian Exploration Vehicle) sets out to explore the surface, with its 3-man crew: Lieutenant Dean, Navigator Conway and mission commander Captain Black - a top officer of the worldwide peace-keeping armed force and security service known as Spectrum...

After much searching, they discover a mysterious complex owned by a race of unseen beings known as the Mysterons. Pleased to have company, they prepare to welcome their visitors, moving their scanning camera to get a better view. However, Black and his crewmates - mistaking the camera for a weapon - panic, believing they're about to be attacked! Black orders Dean to fire missiles at the complex, completely destroying it...

...or, is it? The alien metropolis slowly shimmers back into existence...and the now-hostile Mysterons ominously vow revenge for the crew's "act of aggression," threatening to destroy all life on Earth. Having discovered the process of "retro-metabolism" - an unearthly secret of reversing matter - they've demonstrated its use to recreate their city and restore it to its former self. Now, they will utilize it as their weapon against their enemies - re-creating any object or person, for their purposes!

The horror begins with Black himself - having given the destroy-order, he's singled out for punishment, as the Mysterons take control of him and send him back to Earth, as their primary agent and spy...

It now falls to Spectrum - under the command of Colonel White - to lead the fight against the Mysterons' ongoing "war of nerves." Headquartered aboard the flying aircraft carrier known as Cloudbase, Spectrum uses all its available resources to thwart the Mysterons' threats, including amazing vehicles and equipment - as well as a team of agents whose identities are protected by code-names drawn from the colours of the rainbow.

One of Spectrum’s top agents is Captain Scarlet - once under Mysteron control himself, he managed to break free and gained the ability of retro-metabolism, making him virtually indestructible, becoming Spectrum's greatest asset in the fight against the Mysterons.

Unlike Anderson's previous series (Supercar, Fireball XL5, Stingray and Thunderbirds), Captain Scarlet presented as a more straightforward drama - with a darker, more mature plot and storyline and a far-more-terrifying threat, in the form of the formless Mysterons. This has caused it to be interpreted as an allegory for the Cold War, with Soviet-style communism having its analogue in the Mysterons.

The Mysterons (Voice only)
Donald Gray 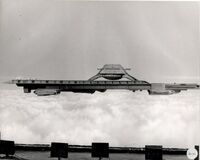 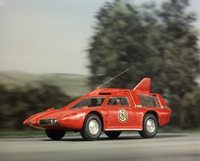 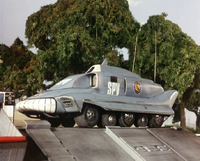 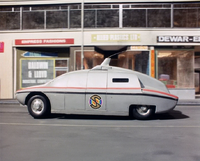 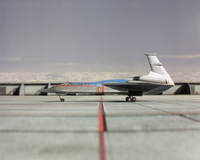 Behind the Scenes Info

The series was remade by Anderson in 2005 with CGI technology, called "Hypermarionation," as New Captain Scarlet.