Colonel Storm is a character from the Captain Scarlet and the Mysterons episode Point 783.

Storm, along with his colleague Major Brooks, died in a car crash, after which both men were reconstructed by the Mysterons.

After the attempt made by Major Brooks to assassinate the Supreme Commander of Earth Forces failed. Colonel Storm programmed himself as a target for the organisation's newest indestructable weapon called the Unitron in hopes of destroying the Supreme Commander with him. However he was foiled by Captain Scarlet, when he was taken with the Commander in an SPV and was killed after the SPV  drove off a cliff while Scarlet and the Commander ejected safely. 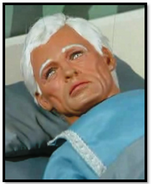 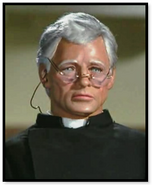 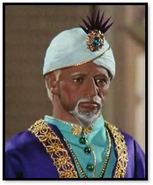 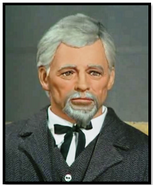 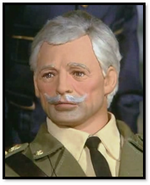 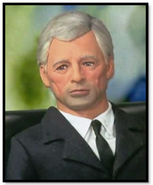 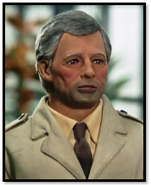