"Disaster will strike the Atlantic seaboard of North America, We will deal a heavy blow to the prestige of the world"

Expo 2068 is the 28th produced, and the 26th broadcast, episode of the British television series Captain Scarlet and the Mysterons.

A lorry carrying an atomic core reactor by the new Manicougan power complex falls into the hands of the Mysterons who intend to strike the Atlantic seaboard of North America. Spectrum begins a search for the missing lorry, but Captain Black sends Captain Scarlet and Captain Blue on a wild-goose chase... 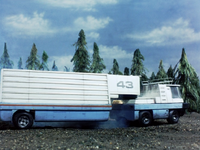 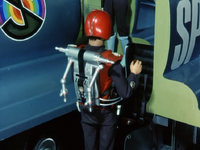 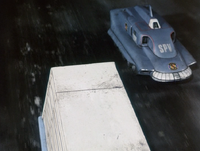