Captain Kate Kestrel (real name, Katherine Westley) is the top pilot of the Terrahawks and third in command of the whole organisation. She pilots Hawkwing, a highly manoeuvrable and forceful fighter plane along with her gunner and close friend Lieutenant Hawkeye.

Despite being born in the West Indies, Kate really grew up and received education in Canada. Born alongside 2 brothers, she became a competent musical composer at the age of 14 under the guidance of her grandfather. After her mother's death in 2005, Kate served primarily as a medical officer with NASA Medical Centre before volunteering to become the test pilot for the STATASPHERON Orbital Attack Craft. She would go on to fly 6 tours of duty on space missions, serving greatly to combat the alien invasion of 2017. For her outstanding service, she was selected to pilot the Terrahawks fighter plane, Hawkwing in 2018.

Kate is a very determined and prolific individual, having been born into a family of famous musicians and high ranking military officials. Her grandfather in particular was a famous pianist and Jazz musician which gave her a love of music. Kate's father, John Westley, was the Commander in chief of NASA Moon Base from 2001-06 and furthermore was first officer on the 2009 Mars lander mission before being promoted to commander of United Nations Interplanetary Communications (UNIC). She is very outgoing and free spirited, often finding time to write plenty of songs outside of her career in Terrahawks. She also is very courageous and quick thinking on the battlefield, although her hot headedness can lead her to butting heads with Ninestein over matters of risk and tactics. 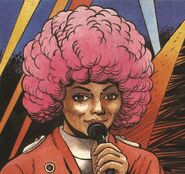 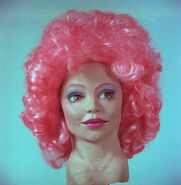