Lunarville 7 is the 15th produced, and the 12th broadcast episode of the British television series Captain Scarlet and the Mysterons.

The Moon and the Mysterons declare peace with each other. When Spectrum monitors the same signals that came from the Martian base on the moon, it becomes apparent that not all is as it seems... 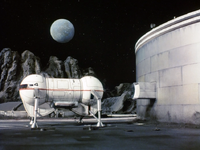 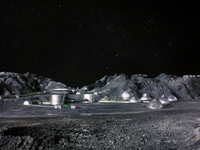 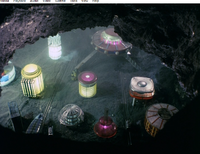 The space shuttle pilot refers to his ship as "XK5", the craft has "XK3" markings on its nose cone.