Melody Angel (real name Magnolia Jones) is a character from the television series Captain Scarlet and the Mysterons.

Born in Atlanta, Georgia, in 2043, Magnolia left school early to take up professional auto racing. But her parents frowned on this and sent her to finishing school in Switzerland. She was dismayed at this, until she discovered the curriculum including flying, which soon became a new passion. Afterwards she trained in the World Army Air Force as a pilot. When Spectrum found her, she was running a high-flying taxi service. 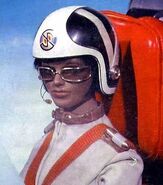 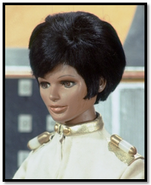