Neilson was a character in Captain Scarlet and the Mysterons in the episode Noose of Ice.

He was the maintenance man and technician at the Eskimo booster station at the North Pole that powered the electricity for Hotspot Tower. Hotspot Tower was the main location that housed an underground mining facility which excavated a precious metal known as tritonium under the sea. The metal was vital to be used in the World Space Administration Space Programme who were hoping to manage a fleet to journey to the Mysterons' planet Mars.

On one particular day, Neilson was out as usual, driving in his snow cougar to the booster station. He made a report of his progress back to Hotspot Tower, who warned him about a blizzard coming in and his inspection could well be the last until the weather eased up. Neilson continued on his way, certain that he would be fine.

Sure enough, the blizzard began and Neilson stopped his cougar just outside the booster station and got out. The blizzard had gotten very strong by now and Neilson had problems seeing where he was going. Eventually the blizzard got too much and Neilson finally collapsed, dying from hypothermia.

As Neilson's body was being buried in the snow, the Mysterons (who had threatened to sabotage the World Space fleet) used their powers of retro-metabolism to recreate him. After the blizzard finally lifted, all that could be now seen of the original Neilson was a gloved hand poking out of a snow drift.

The Mysteronised Neilson got back into the snow cougar and went back to Hotspot tower to await his instructions from the Mysterons.

Later as he was leaving the tower once again , he was just come down in a lift and as the doors opened, he saw Spectrum officers Captain Scarlet and Captain Blue who had been sent to counter the Mysteron threat and to ensure that the tritonium mine was safe. After exchanging glances, the three men went their separate ways. Neilson told the guard that he was going to make his inspection at the tower once again.

He then arrived at the Eskimo Booster Station where he was given his orders by the Mysterons' chief agent Captain Black. His orders were to sabotage the electricity in that station that was keeping the heating elements around the tower to stay intact. Without the heating elements, the sea would freeze causing the ice to build up and crush the tower as well as totally destroy the tritonium mine.

Neilson unplugged the power source to the heating elements and sure enough the sea began to freeze and ice began building up. Sensing that Spectrum may try to stop him, Neilson stayed where he was on the top level of the station, armed with a gun to repel any interference.

After finding out what had happened, Captain Scarlet managed to make his way to the booster station and told Neilson to give himself up. Neilson scoffed and told Scarlet that he was too late and that Hotspot Tower would be destroyed in a few minutes. He came down the steps, warning Scarlet not to try anything, unaware that the Spectrum officer had his hand around one of the cables that Neilson had previously unplugged and had switched it's power on.

As Neilson reached the bottom, Scarlet swung the cable at him, knocking the Mysteron agent off balance and back against the steps. As he fell, Neilson fired the gun which caught Scarlet in the chest, who fell to the floor. The cable's connection with the metal steps caused a massive power surge and fatally electrocuted Neilson.

Meanwhile Captain Scarlet managed to get himself up and reconnect the power to the heating elements, saving Hotspot Tower in the nick of time. However Neilson's sabotage had badly damaged the tritonium mine, making it nonoperational for six months, delaying the World Space fleet.

He was voiced by Gary Files. 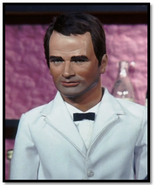 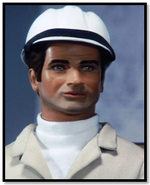 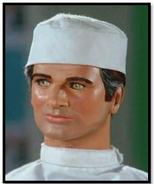 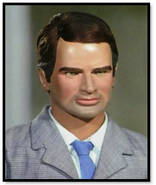 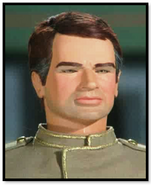 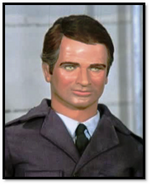 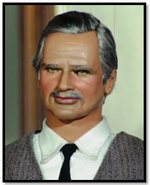