Renegade Rocket is the 7th produced, and the 17th broadcast, episode of the British television series Captain Scarlet and the Mysterons.

When a nuclear rocket vanishes from radar, will the correct self-destruct code be found before the mystery target is annihilated?

On his way to Base Concord, an island-based rocket installation, Space Major Reeves is killed by Captain Black...and immediately replaced by a Mysteronized duplicate. Once in the Rocket Control Room, he launches a Variable Geometry Rocket - a missile designed to overcome all forms of defence in order to reach its target...

Arriving at the base, Captain Scarlet and Captain Blue are on hand as the AWOL rocket suddenly reappears on the radar - and discover that Base Concord itself is the target! 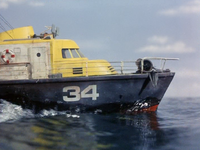 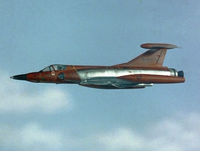 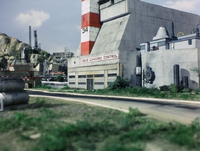 Part of the Base Concord control room set previously appeared as the Sentinel Base launch computer in the Thunderbirds episode Ricochet.