Set in the mid-21st century, the story of veteran New York police lieutenant Patrick Brogan who gets a transfer to Demeter City, the crime capital of the galaxy.

Two hundred years ago, planet Altor in the Epsilon Erandi System was completely uninhabited, but by the year 2040 I has been colonised by alien species from the planet's neighbouring worlds, primarily creons from the planet Danae and tarns from the planet Simter. Considerable poverty on their home worlds and numerous trading opportunities on Altor have encouraged large numbers of creons and tarns to settle on Altor alongside smaller communities of alien life-forms from other solar systems. A community of humans from Earth is the planet's third largest group of settlers and is growing fast.

Demter City is Altor's largest population centre, a major refuelling point and stopover for interplanetary freight. Consequently, the city has become home from home to large transient community and crime is rife. Keeping order in this unpredictable environment are the officers of Space Police Precinct 88, under the command of creon Captain Rexton Polly and based in a space Station House which sits in geostationary orbit over Demter City. The Officer's primary mode of transport is the Police Cruiser, a high-speed patrol vehicle that is equally at home in a planetary atmosphere or the depths of space.

Recently transferred from the New York Police Department on Earth are Lieutenant Patrick Brogan and his rookie partner Officer Jackson Haldane, posted on a law enforcement exchange programme. After 20 years with the NYPD, Brogan felt in need of a change and volunteered to join the Space Police. He has been accompanied to Altor by his wife Sally, their 10-year-old daughter Liz and 14-year-old son Matt who all live with him in an apartment in a huge orbiting Space Suburb, a friendly mixed community in a residential orbit around Altor.

Practically all of Brogan and Haldane's colleagues at Precinct 88 are creons and tarns but there are two other humans, former ECPF (European Community Police Force) Officer Jane Castle and forensics specialist Lionel Carson, the station's science officer. They are assisted by the station's RSA (Robot Secretarial Assistant) Slomo who has instant access to all police files and records. 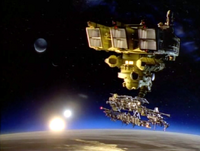 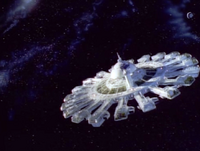 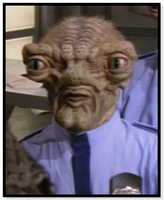 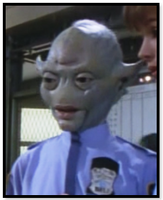