Gerry Anderson Encyclopedia
Register
Don't have an account?
Sign In
Advertisement
in: Captain Scarlet and the Mysterons, Vehicles and Vessels, Article Stubs,
and 15 more

The Spectrum Saloon Car (sometimes referred to as a Spectrum Patrol Car, often abbreviated to SSC) are the primary method of casual ground travel by Spectrum. They are red in appearance and are specially designed for the organisations. These cars are most often used for road blocks and ground transportation, however, have been used as a pursuit vehicle before.

An SSC was used by the human Captain Scarlet and Captain Brown to travel to New York to make safety arrangements for the World President, after the Mysterons threaten to assassinate him. However, the Mysterons interfere with the car's controls and it crashes, killing both men on board. The car and the two men are then reconstructed.

Being a Spectrum vehicle, Saloon cars are fitted with a large and diverse array of weapons. One such of these weapons being twin machine guns, which are place in the front wheel arches. The vehicle also has infra-red scanners, telescopic scanners and other minor weapons. Other capabilities include an internal enforced roll-cage and ejector seats. 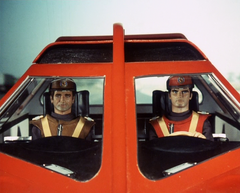 A front view of the SSC
The Mysterons 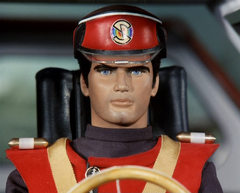 Captain Scarlet at the wheel
The Mysterons 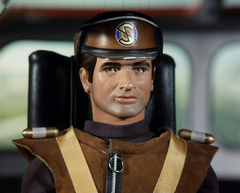 Captain Brown in the passenger's seat
The Mysterons 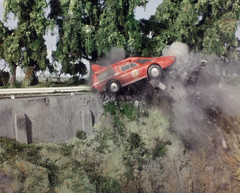 An SSC crashes
The Mysterons 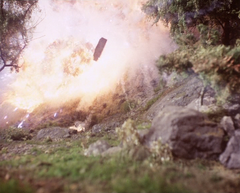 An SSC explodes
The Mysterons
Community content is available under CC-BY-SA unless otherwise noted.
Advertisement