"One of the members of Spectrum will betray you all"

The Inquisition is the 32nd produced episode - and the series finale - of the British television series Captain Scarlet and the Mysterons.

As is a somewhat de facto tradition for Anderson series/season finales, this episode is composed primarily of flashbacks (taken from Big Ben Strikes Again, Crater 101 and The Trap).

Captain Blue is drugged, and wakes up - three months later - on Cloudbase, facing stern questioning from a man claiming to be from Spectrum Intelligence...

Those listed below are character unique to the episode (not from flashback clips): 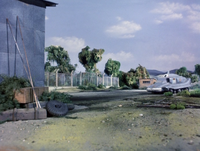 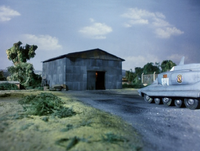