"We will destroy President Roberts within the next twelve hours"

The Launching is the 29th produced, and the 27th broadcast, episode of the British television series Captain Scarlet and the Mysterons.

Mervin Brand, a reporter for The Tribune newspaper, is killed in his jet Tribune 3 by lightning while en route to the press conference with President Roberts. When reconstructed promptly by the Mysterons - so that Tribune Control doesn't suspect that the real Mervin Brand has crashed and died - the Mysteronized Brand continues his flight to the press conference, but is stopped by the Angels, who have strict instructions to attack & destroy any aircraft violating the restricted airspace over the President's residence (due to his life being under siege by the Mysterons). His arrogance and egotism don't help matters, as he believes the enemies preparing to kill him will not achieve their latest ploy of revenge, and ignores the fact that the Mysterons killed the Director-General of the United Asian Republic...

Spectrum continues to pursue his residence, but when the President reveals the new atomic-liner ship built by the Trans-Pacific Shipping Corporation, is being named after him - and is set to be released from port today - Captain Scarlet grasps that the Mysterons intend to destroy the President Roberts ship, and not the man himself... 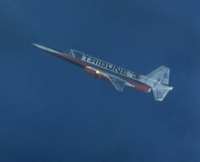 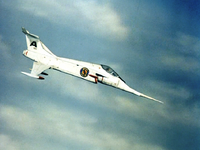 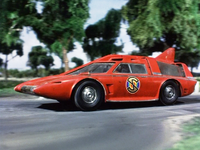 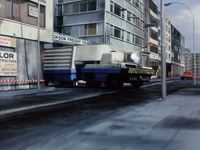 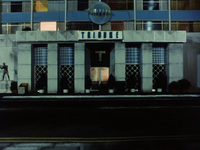