"We will destroy the world capital - Futura City"

Treble Cross is the 24th produced, and the 22nd broadcast, episode of the British television series Captain Scarlet and the Mysterons.

Captain Black brings about the death of a test pilot, and his victim's reconstruction tries to carry out the Mysteron threat to destroy the world capital, Futura City. However, when the attempt backfires, it is discovered that the real plotter has been resuscitated and is alive in hospital!

Can Spectrum deceive the Mysterons into believing that the original pilot is their own, and - in so doing - apprehend Black, at last? 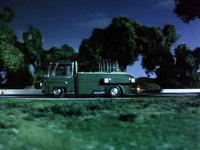 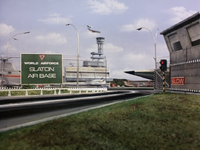